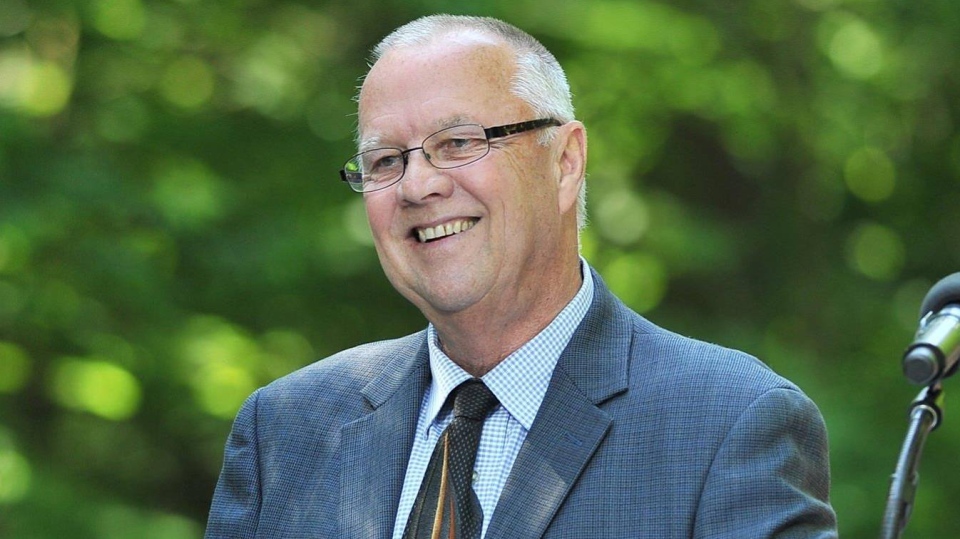 The newly elected chair of the Western Ontario Warden’s Caucus sees opportunities for each of the 322 municipalities in its jurisdiction. “One of our main items for WOWC over the next two years will be strengthening our role in economic development,” said Marshall, in a media release. “Accomplishing this will take co-operation among all levels of government as we continue to seek funding and partnership opportunities to grow the success of Southwestern Ontario.”

Asked to expand on how he sees the WOWC accomplishing economic growth for the upper and single tier municipalities Marshall’s voice lilts with excitement as he describes the four-model employed in North Simcoe. “The four municipalities (Midland, Penetanguishene, Tay and Tiny) worked together to create an economic development office, who worked with our manufacturing base, our employers base,” he said. “We held a couple of summits and roundtables to engage the community business sector to work together and drive the economy.”

In their third year North Simcoe is seeing some real progress, including a job information opportunity on Feb. 23, where 11 area manufacturers will be launching a local and province-wide search for skilled trades for the jobs they have available.

“The community is working well together,” said Marshall. “It’s worked out really well.”

So well, that Marshall employed the same program to the County of Simcoe, dividing the area into four quadrants and creating a chair and a council member to highlight the specific business models of each area, the major players and what they require to grow and retain the businesses in that quadrant.

In 12 months, the County of Simcoe has gone from two staff members to a compliment of six and have earned three awards from the Economic Council of Ontario for good work and the steps forward they’ve made.

“The next step in my mind is to take southwestern Ontario, and take that power of four model, if you will, and bring it up another level,” he said. “Which then feeds right into the province of Ontario, so it seems like a natural progression in my mind.”

Marshall, who spearheaded the SouthWestern Integrated Fibre Technology project during his two years as WOWC vice-chair, said the economic development sub-committee is working on a vibrant and dynamic strategic plan to be released within the next 60 days.

“We don’t want a document sitting on the shelf collecting dust, we’re looking for an action plan,” said Marshall. “Something that is measurable and achievable and pretty transparent to folks like yourself, your readers and our residents, to say here’s what they’re doing, here’s what they said they’d do and hold us accountable.”

Although the four-plan has been used to engage the manufacturing sector and entrepreneurs in his area, Marshall pointed out with 1500 farms in North Simcoe, agriculture is player in economic development.

“We actually have an Ag committee that works with our economic development committee. We’re holding a summit in Tiny Township next summer,” he said. “We’re working with the ministry of agriculture on a couple of special projects and we’re working with Georgian College on food entrepreneurship programs and that type of vertical.”

Marshall envisions southwestern Ontario being able to realize the benefits of the four plan within 12 months.

“In southwestern Ontario you’ve got your wardens and your regions,” Marshall said. “And municipalities and uppertier municipalities that have the strength of staff compliments and smart working councils who can really stitch things together and make things happen in a real hurry.”

Combine that with the SWIFT network’s recent influx of provincial and federal funding to make high speed broadband a reality in rural Ontario with fibre going into the ground in 2018 it’s a recipe for success, said Marshall.

“At the Western Warden’s table we’re involved in really good efforts and really good projects,” he said. “I think it’s a positive environment and that motivates all of us.”

Today, Jill Dunlop, MPP for Simcoe North, and Andrea Khanjin, MPP for Barrie-Innisfil, on behalf of Ernie Hardeman, Minister of Agriculture, Food and Rural Affairs, announced a major step in the expanding of broadband internet in Simcoe County with the Request for...

Midhurst/June 25, 2020 – The County of Simcoe and area partners including member municipalities, the cities of Barrie and Orillia and the Simcoe Muskoka Workforce Development Board are launching a new interactive job portal. The Work in Simcoe County site includes...

EDCNS in the news: Recovery kits donated to small businesses

Businesses and organizations across north Simcoe are urging residents to invest in their communities to help the local economy rebound from the shutdown caused by the COVID-19 pandemic. “It is always important that people shop locally, but it is crucial right now,”...

Oh, the plasticity of plastics. Baytech plastics Inc., a Midland business that makes hundreds of different parts for many finished products around the world, didn’t shut down during the COVID-19 pandemic. “We did no layoffs. In fact, we’ve been hiring. We’ve hired in...